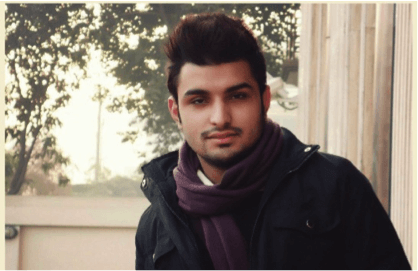 Prior to joining the CARE Foundation, Ali was just an average disillusioned dreamer. Someone who had a lot of hopes and aspirations but no reassurance of turning them into a reality. CARE Foundation gave him a solid education and enough confidence to guide his way through all academic and professional situations. He owes a huge part of his success to the ‘Access to English’ programme, which made a government school student as proficient in English as a native speaker. Astonishing improvements in his personality and linguistic skills led him on to be ambitious in the professional environment. He joined Access as an English teacher after his own graduation to transfer his skills to those in need. Soon afterwards, he landed a job at OVEX Technology, a multinational call centre. A year later, Ali now runs his own call centre and employs 35 to 40 people who work with affiliates from all around the world. Ali always dreamed of being a distinguished entrepreneur and believes that having his own business at the age of 23 years is a huge achievement in itself. He owes his success to the quality education he acquired at CARE Foundation and feels that others like him should be provided with the same opportunity.

Your ticket for the: Muhammad Ali